Heap provides behavioral analytics for websites and mobile apps. I joined as VP Design and sole designer when it was a Series B company of less than 100 people, and built the design practice as the company grew from Series B to D.

Go-to-Market and Product leadership often disagreed about the right focus for product-development work. And, it was difficult to conduct a participatory, cross-functional quarterly planning process: often, big projects were amorphous at the outset, which leds to misunderstanding and confusion. How might we promote fully cross-functional, informed discussion of big bets without requiring extensive up-front product work that might ultimately never see the light of day?

I created a process to achieve that discussion. In the early days of each quarterly-planning cycle, the leadership team would select a handful of potential projects and assign highly cross-functional squads to work on a "concept bike" for each one. These were further categorized as "Horizon" 1, 2, or 3 to indicate their level of risk and time horizon.

Each squad had 90 minutes to ideate, 90 minutes to produce a fictional press release and a set of sketches, and a little additional time to discuss and revise. We presented the concept bikes at the company Quarterly Business Review and used them as a basis for discussing the quarter's priorities.

Concept bikes are rooted in the same philosophy as design briefs: they're low-effort, low-fidelity processes and artifacts aimed at aiding collaboration and alignment with limited effort.

Here, you can see the press release and sketch for a project that ultimately became Heap's Paths feature. 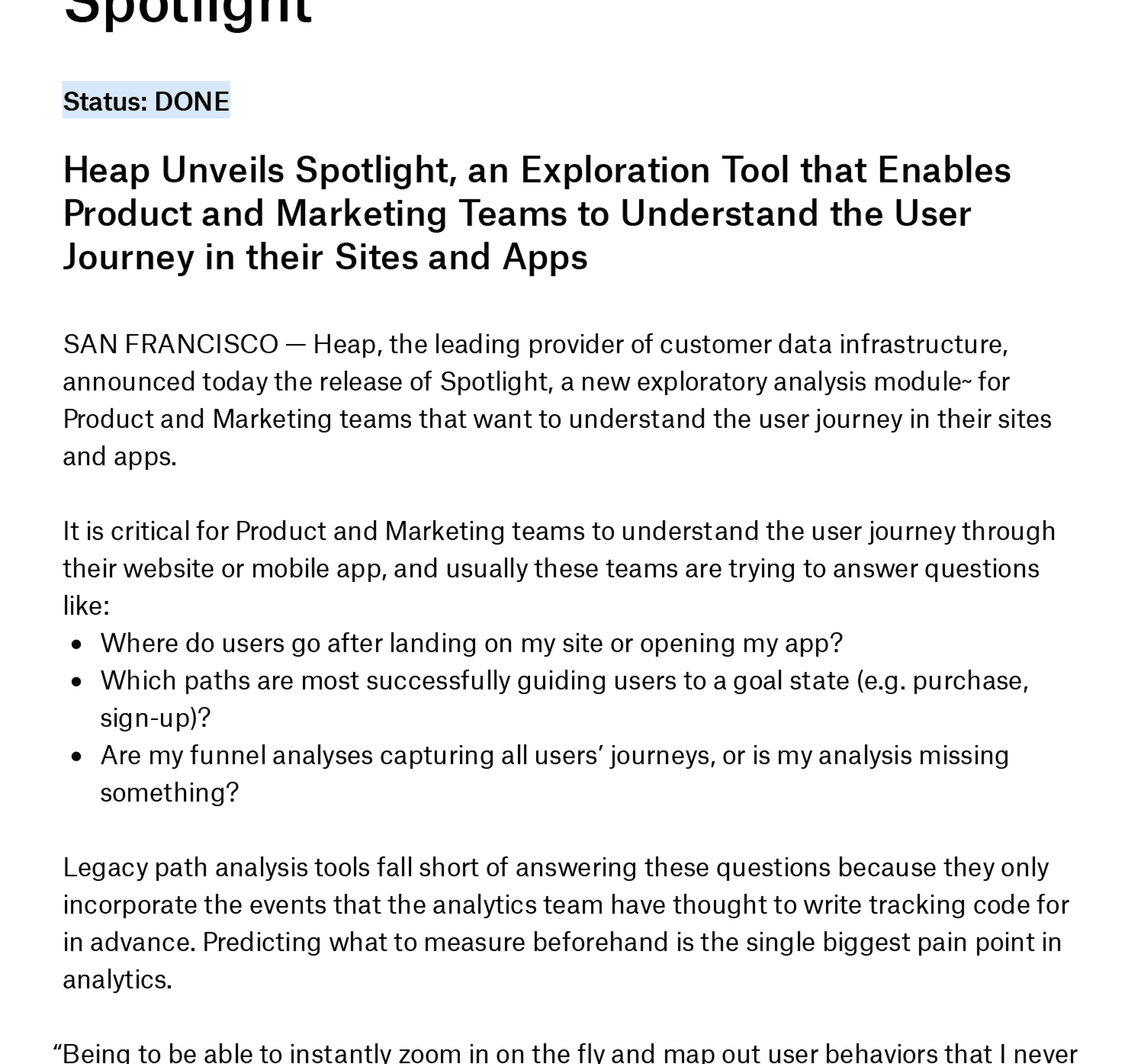 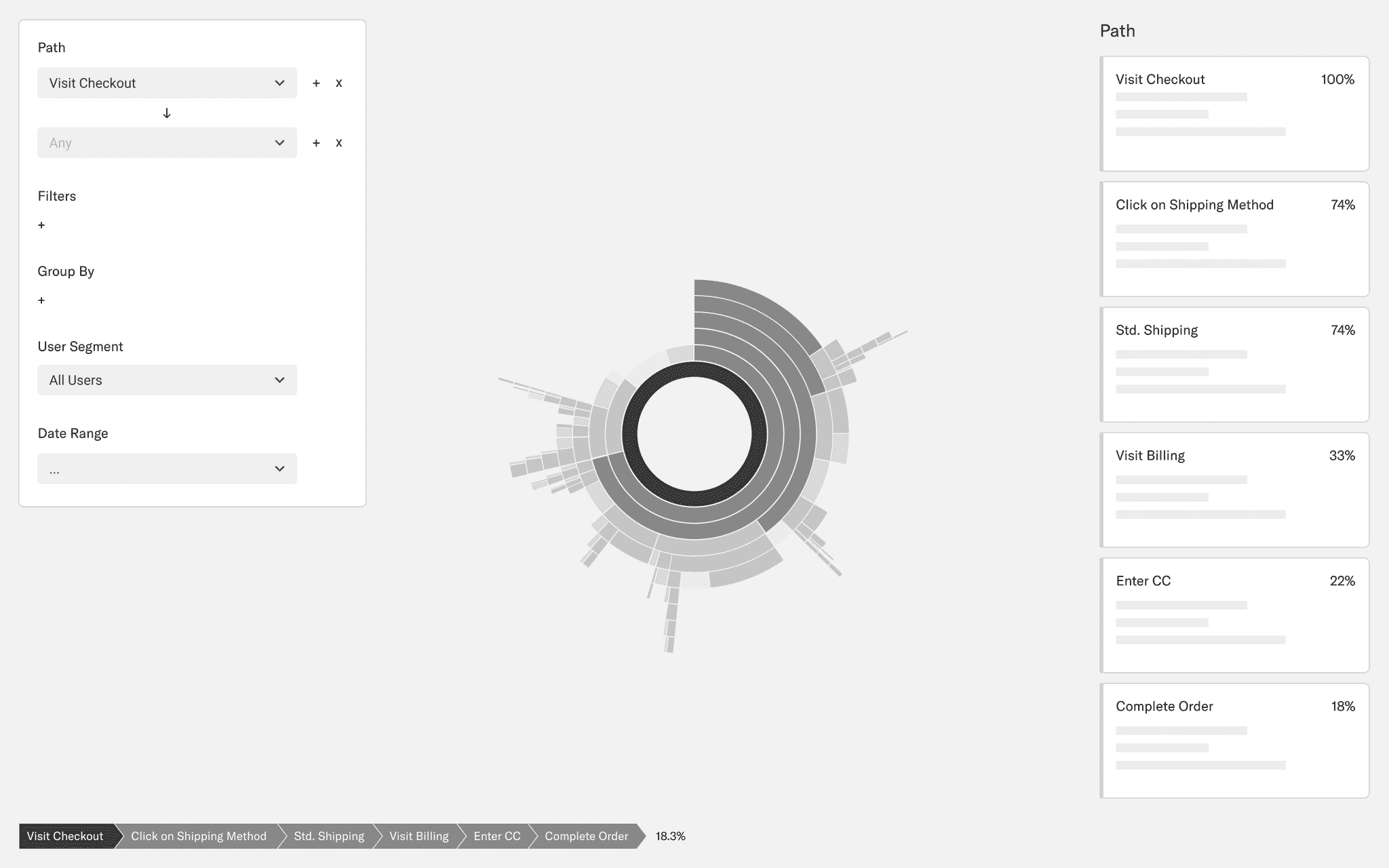 We first used Concept Bikes in Q2 2019, repeated the process in Q3, and then dropped them as the company grew and matured. I don't see this as a flaw in the process, so much as a recognition that different times call for different frameworks.